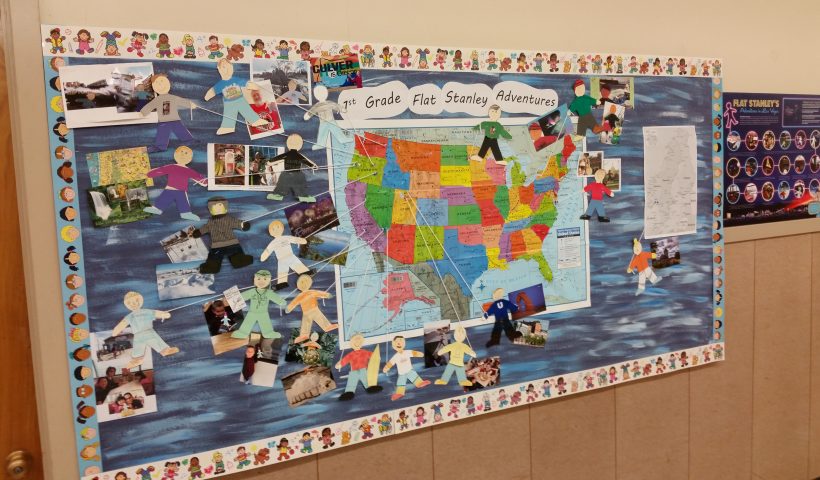 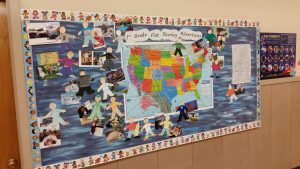 “Flat Stanley” written by Jeff Brown, each student dressed their

with them. The Flat Stanleys traveled to Utah, California,

New York and many places around Oregon. One Flat Stanley

even traveled as far as Norway! After spending nearly a month

with their new family, the Flat Stanleys returned to Albany,

Oregon. They traveled back to us through the mail bringing lots of

stories, pictures and some had gifts, to share. They brought back

information on what the area they visited was like, such as what

the weather was like and what there was to do there. The Flat

made sure to dress them in what is being worn where they live,

the items they received as well as their newly dressed Flat

Stanley! The entire reading group definitely went on an